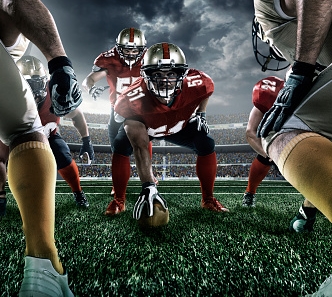 Myth 1. It is the most traumatic sport in the world 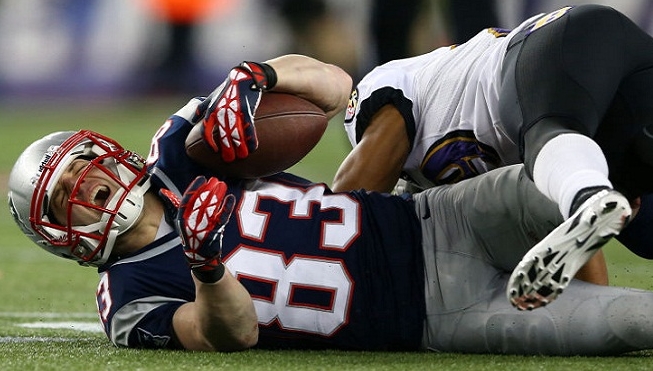 The first and one of the most important myths. According to data on injuries of the Commission on safety of consumer production of the USA for 2013, rating the most traumatic of sports following:

Besides, I will notice that the quantity of injuries in recent years considerably decreased. In 2009 when the American football also took the third place, the number of the recorded addresses equaled to 452 thousand, and in 2007 – 455 thousand.

Myth 2. The main parameters of the player – his weight and the size. The more the better 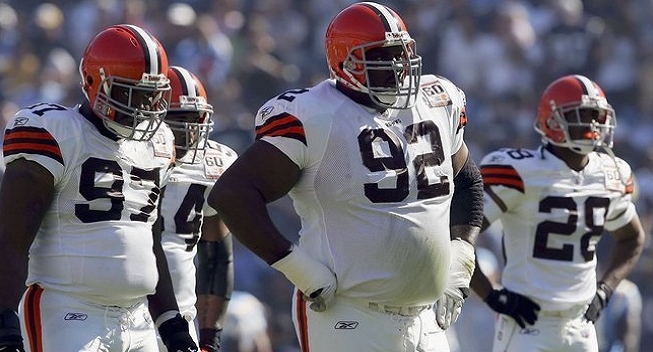 It’s not true. Or rather, not absolutely so. Too different functions at players in the field. Yes, is such for whom dimensions and power are important – it is defenders. But, besides, there are defenders for whom the speed and a spring ability is important – they have to stop fast and dexterous forwards. There is a team brain – quarterback on which depends what combination the team – for it will play the main thing not the speed of run, but speed of thinking and an eye estimation. Otherwise such game would be born in Japan, and in the field, would go beyond each team on 11 sumoists.

Myth 3. A stupid game – took a ball and run. Special mind is not necessary. 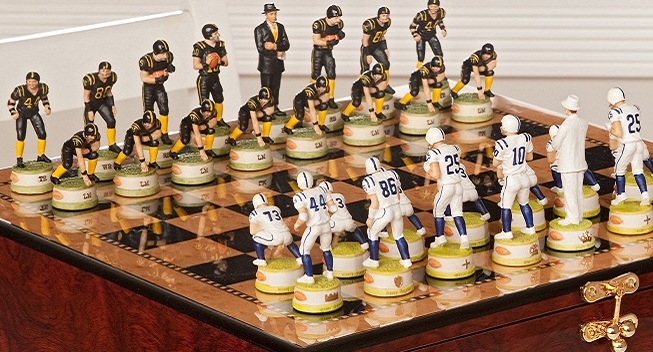 Chess in the field – so experts still call the American football. In the application for a game 53 football players. In the field, there are different structures in attack and defense. Three trainers – one of which main train team, and two more specialize in the attack and protection. The American football – the most difficult team game in the world – it is also confirmed by the Guinness Book of Records. The full set of rules consists of the book in 300 sheets. Many terms hardly are translated and adapt in any language. In each team, I exist the playbook – the set of game schemes and combinations. In it under 1000 pages, and all this needs to be known by heart. So even “it is stupid to run” it will not turn out. In this game specialization is very important – it is impossible to be the versatile person, it is equally good to play both in attack, and in protection. It is not casual that the last such player finished the career still in the sixties of the last century. So it is possible to call rather any other game primitive in comparison with the American football.

Myth 4. The most popular sport in America – baseball, either basketball, or hockey 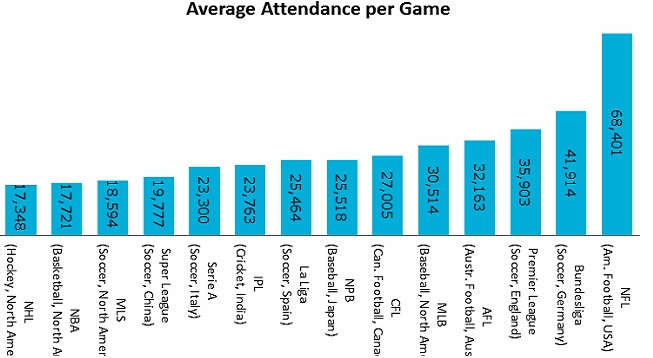 Here everything is simple. According to the ratings of sports channels, polls of popular sports portals, and also inquiries in Google, the five of popular team sports is as follows:

To you it is not necessary and argue.

Myth 5. The American football was so called because of popularity of the European football which play legs.

Alas. But the word “football ” does not mean that the essence of a game consists in blows by legs on a ball. Many say that the ball used to play American football is similar to basketball as it has the same color, but that is not true, the difference is obvious just by looking at any of best indoor basketballs and you will see that even materials and forms are different from NFL balls, and the whole game is not the same, however both can be played indoor and outdoor but American football is in professional leagues is being played outdoors and with pro basketball it’s the opposite – indoors. Simply earlier, those people who were richer played with a ball on a horse – a horse polo which remained still. Both then and now is a game of noble aristocrats. And commoners who with horses had problems, ran behind a ball on shank’s mare. Therefore the football is any ball game standing. Yes, in a general sense both the basketball, and volleyball, and handball is a football game with other rules too.

Myth 6. In the American football play only the USA, any more it is interesting to nobody

In the International federation of the American football 64 countries from around the world from all continents, except consist unless Antarctica. But also there penguins are trained already. In one only in Europe play the American football in 33 countries. There it is held both exhibition, and regular games NFL. Besides, Europeans play the cup – Eurobowl, by analogy with Superbowl in the USA. By the way, the last Superbowl looked at more than 50 million people from around the world, the Internet activity made 185 million (posts, likes, comments). And, considering the fact that the American football received the status of temporary Olympic sport, that is every chance to see it already at 2024 Summer Olympic games especially as it is eager to carry out by the USA them.

Myth 7. I would not send the child to such section – will cripple for the rest of life 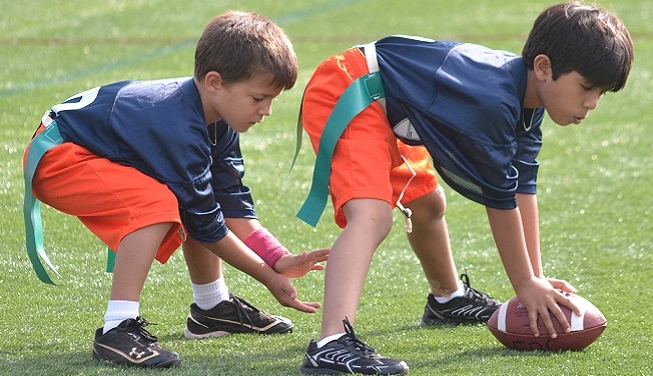 The myth that the child will be crippled directly in section does not maintain any criticism. Rather he will break a backbone in gymnastics if to speak about danger. For children, there is a so-called flag football where power fight is strictly forbidden. Play it almost by “adult” rules, except physical contact which is replaced with wrest at the rival of a color scarf. It like the “pioneerball” replacing to children volleyball. Or “summer lightnings” where we break the paper shoulder straps meaning that the opponent is killed. So there is nothing to be afraid here.

Myth 8. The same rugby, and Americans just changed the name of a game 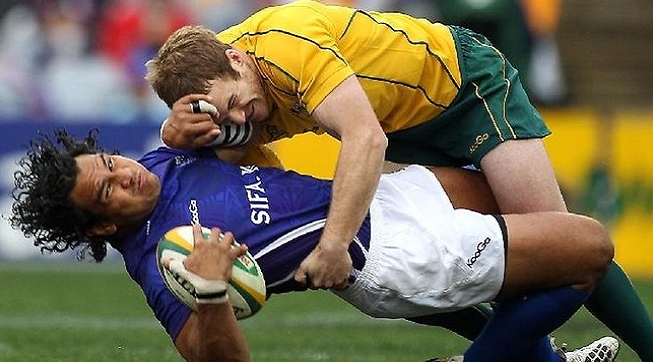 I will not go deep into history, but I will tell that a game was really delivered to America by emigrants from England then it was adapted to local realities of life. To dwell on trivialities there is no sense, but here the most serious differences:

Myth 9. I watched one game – though to and from and where a game is? There is no dynamics. Here football matters! 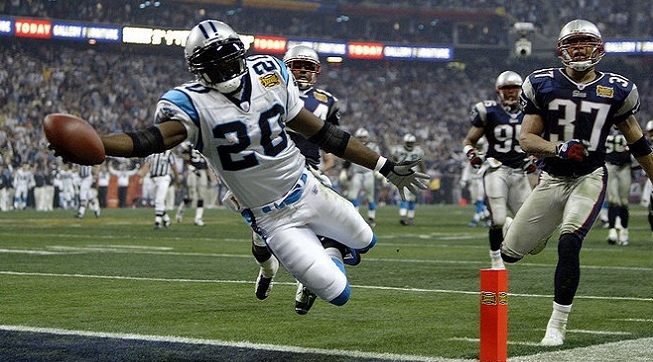 One more myth. The American football is very dynamic. It is impossible to depart from the screen over a cup of tea because for only several seconds the match can be developed in other party. And 60 seconds are incredibly big time for the attacking team. You think that in basketball the longest last minute? Strongly you are mistaken. Here it is impossible to overpass on the half of the field, holding the convenient account. You either attack, or is protected – and in both cases, you can, both to score points, and to give them to gather to the rival. Yes, it is valid, formally the draw lasts less than ten seconds, and the pause between them can be to forty. However, reason for that one and only: rest is necessary, football players splash out the maximum for only several seconds.

Besides, during the draw nobody does not stand still and has not a rest, ties laces and drinks water on a brow, feigns and talks to judges. The saturation of each episode really reads off scale. And it is not casual all matches judge 7 arbitrators at once, but also, also video viewings of some disputable situations are allowed.

Myth No. 10. This cheerful show for the audience, but not professional sport 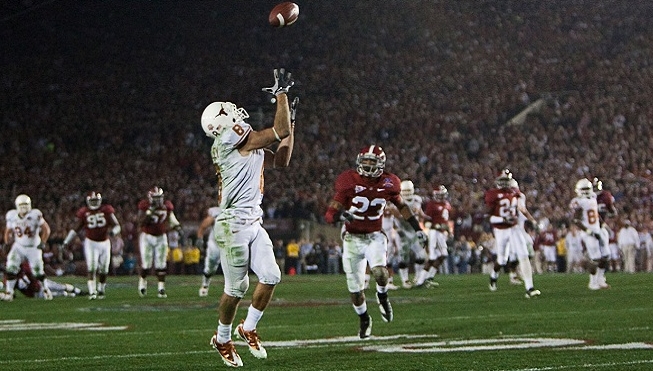 One more myth. Misters, it is not necessary to confuse wrestling and the American football. If the first really production performance where power skills and theatrical skill are involved, then the football is the real fight. No weekly show would collect 70 thousand viewers at all stadiums in any weather, whether it be a heat or a fifteen-degree frost. No show is capable to postpone a ceremony of the oath of the U.S. President next day only because the final coincided with his inauguration. Ask Ronald Reagan – he will confirm!